I planted a food plot for Deer and Bees 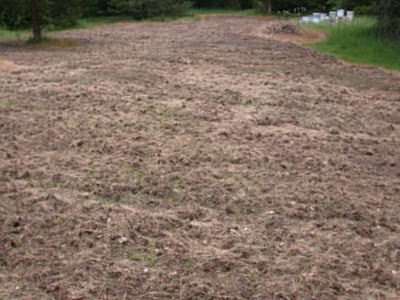 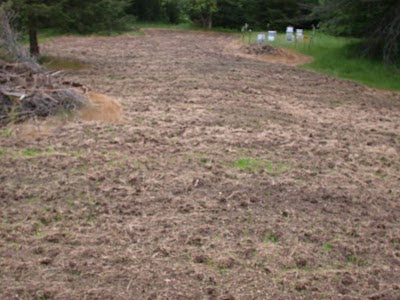 I planted a three food plots for Deer and Bees at my place.
Buckwheat, White Dutch Sweet Clover, and Alsike Clover.

Buckwheat (Fagopyrum esculentum Moench) is a broadleaf plant native to northern Asia. Seeds are brown in color, roughly the size of a soybean, but irregularly shaped, with four triangular surfaces. The seeds germinate and emerge rapidly when planted in warm soil, typically in three to four days. Plants grow rapidly, producing small heart-shaped leaves with slender, hollow stems. Although a field of buckwheat in full flower appears to cover the ground densely, each individual plant, if pulled up, will appear rather spindly upon close inspection.

Flowering begins about three weeks after planting, and proceeds prolifically for a few weeks, before gradually tapering off as the plant matures. At the peak of flowering, a buckwheat field is a striking sea of white petals. After a flower is pollinated, a full-sized seed will form within 10 days, although that seed will need another week or two to reach maturity. Seeds appear and mature earlier on the lower stem, with seed development continuing up the stem as the plant matures. The prolific flowers on buckwheat have made the crop a good nectar source for honey beekeepers.

The honey from buckwheat is black like molasses, it has a strong powerful odor and flavor. I usually find that people either love it or hate it. Usually no one is in between. Usually buckwheat honey commands a higher price due to limited availability.