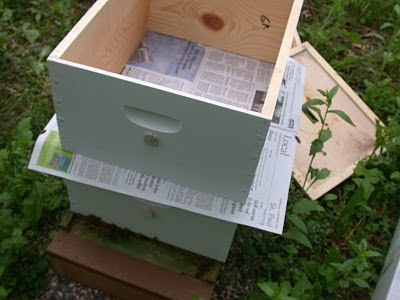 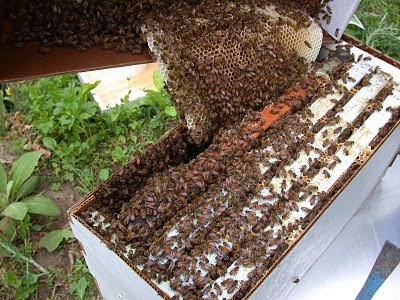 The divide is opened. There is a comb of uncapped honey due to not enough
frames in the box. It is all beeswax filled with honey, hmmm.
It tasted great. 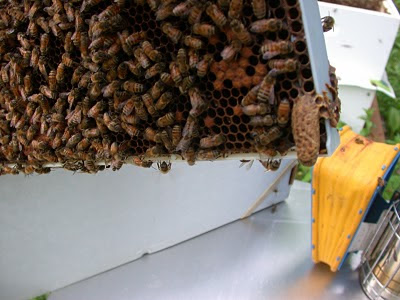 I found a few supercedure cells being this was a queenless divide. 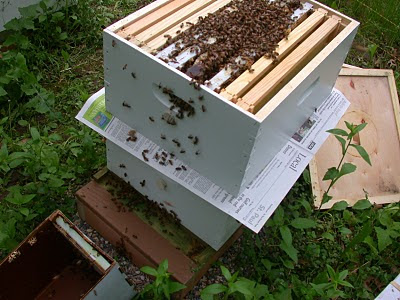 The divide is added into the second box with some frames of foundation. 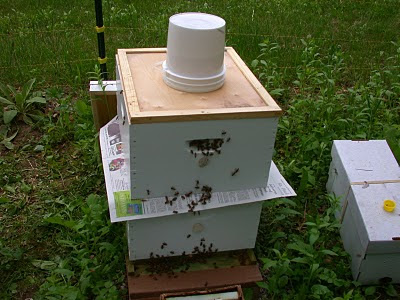 The hive is now combined.
I had a weak colony that was slow to develop. The queen was laying fine but the bee numbers were down. This was a weak package that will develop in time. But I didn't want to miss the nectar flow so I kicked it up another notch.
I received a divide from a beekeeper. I then combined it with the weak hive using the newspaper method.
A sheet of newspaper is put on the queen rite colony. A small slit about a 1/4" long is put in the paper. This gives the bees a place to start chewing a hole.
Slowly they will chew a small hole in the paper. As the hole gets bigger the bees will start passing back and forth slowly uniting. After a week a pulpy paper pile will be seen in front of the hive.
This uniting process works great and usually there is never any queen issues.
Posted by Jim at 7:40 AM