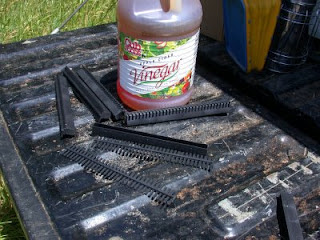 This is a picture of the hive beetle trap. Some assembled some not. 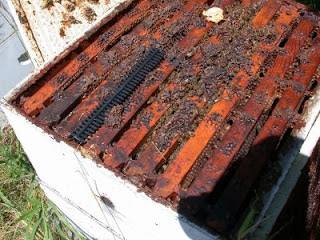 Hive beetle trap in the hive. 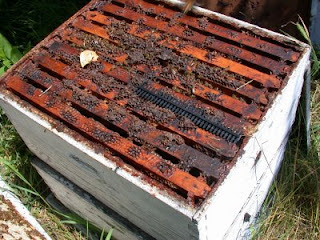 I did have some hive beetle in some of my hives. I saw them in a couple of weak colonies.
They were not reproducing. I didn't see any active beetle larvae. As a precaution I put in some beetle traps.
These are narrow plastic troughs with a plastic screen that snaps on. The troughs are filled with Apple Cider Vinegar. The beetles are always getting harassed by the bees and like to hide.
When they hide in these they will fall in and drown.
The troughs are narrow and fit between the frames, the screens hold the troughs in place.
Posted by Jim at 8:44 PM